Luckily about 3000m² research green roof with many test installations, since 1999. This was a great extension of the former further existing green roof research fields in Berlin. – Some cooperation opens comparable studies with Institutions in Rio de Janeiro for a number of year.
The well-working weather station in Neubrandenburg, got an extensive update after about 20 years of climate measurements, with data sets of every 10 seconds, summarized as 5 /15 minutes values. Mid 2018 the Weather station is completely updated again by FundC-Güstrow – Gülzow, financed by EFRE.
The ongoing researches covers:
-Biodiversity surveys on the roofs. In 2020, a data set of 34years can be interpreted, case study Paul-Lincke-Ufer. Some years younger is the , Ufa-Fabric green roof research, started in 1992 in an ongoing procedure.

A lastest field of interest is urban roof-top agriculture on roofs,  Done by two years as a DBU funded aquaponic /hydroponic project. 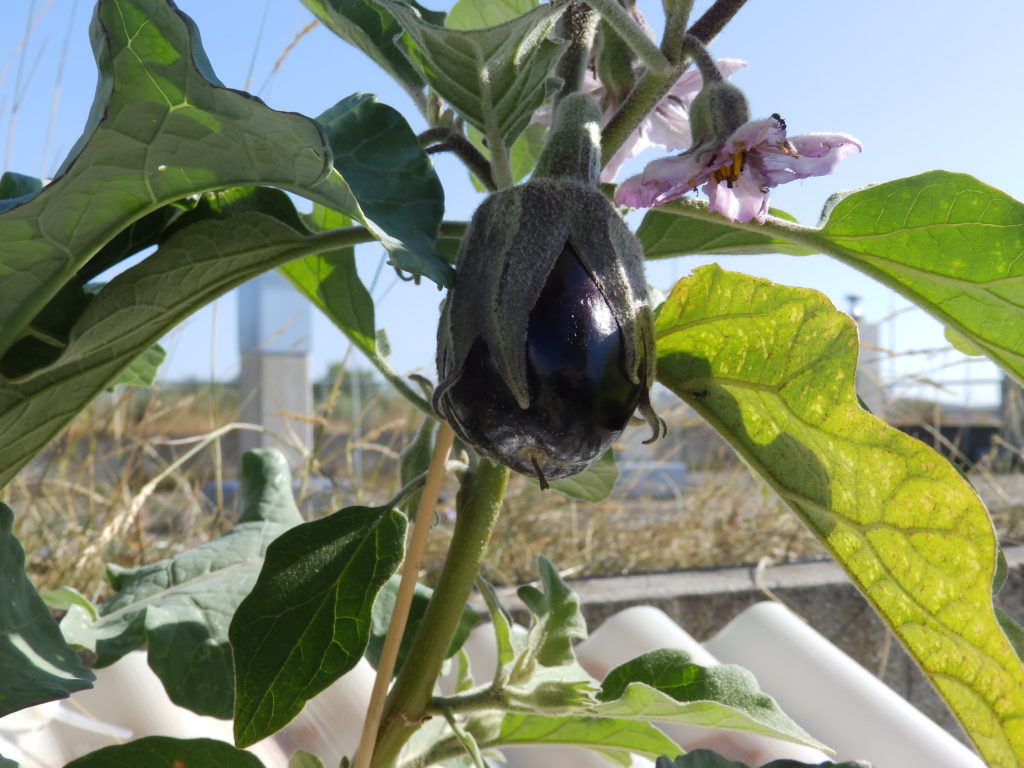 Long years good cooperation in a number of projects see:
The opening of the case study green building exhibition from Berlin in Neubrandenburg, Oktober 2018. The tables are available in German and English. 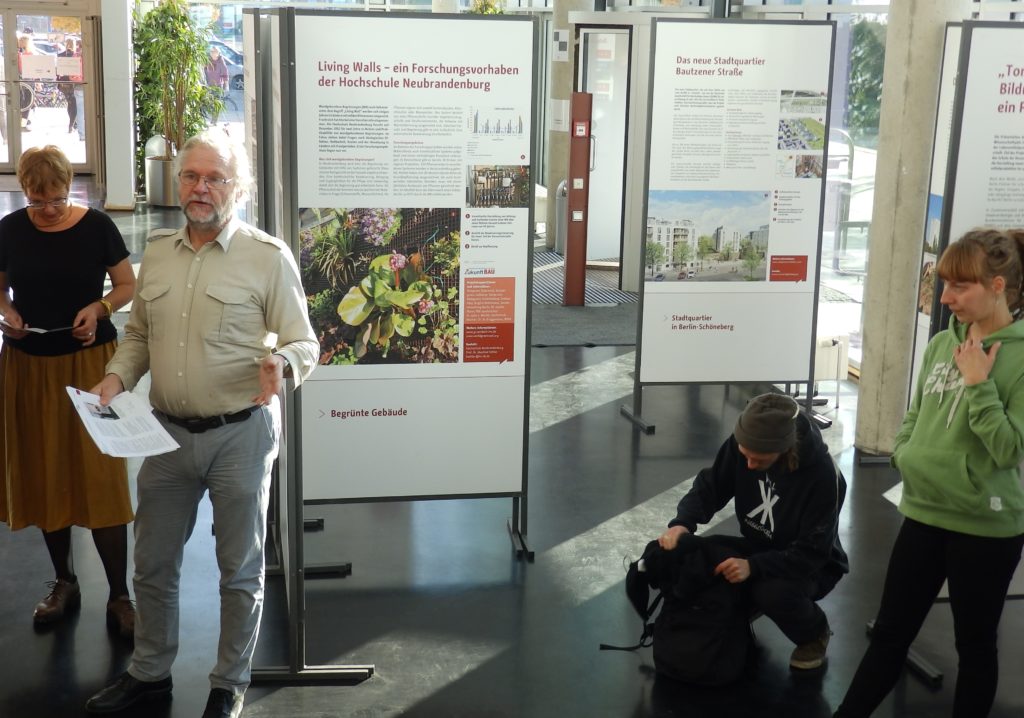 The most famous effect of green roof benefits is the modification of the urban surface temperatures.
Variables like: type of growing medium, water inside the growing medium, type of vegetation and some others have a significant influence
on this performance.

The weather station is completely updated Mid 2018, by an EFRE-Support.

Additional to the fixed measurement equipment, Infrared cameras offers the opportunity for surveys of buildings surfaces in a larger
scale.

Like this example surfaces under extreme climate, situations can be observed. Small differences in the pattern of greened and non
greened areas on the same roof become visible.

The ongoing discussion differs between separate events and some steering facts, like how much water is just inside the growing medium
if the rain comes. So it is necessary to make online measurements. Above some of the research, the equipment can be seen to have an online
data set. From different small scale lysimeter, with a special measurement of the runoff and bigger systems (right-hand side) to calculate
the eluate – runoff from real green roof areas. Now each second the data set was stored.

Some more, like the information about the real water needs of a green roof system, will be given at the upcoming conference.

On the green roofs of the Ufa fabric in Berlin, one of the extensive PV-Power plants are installed. The interaction between green roof
and PV are investigated in Cooperation with the Ufafabric and the producer of these systems. Cooling of PV means a better energy efficiency
but the shade of the growing plant species could decrease the results of the energetic production. So only a long time survey can give a clear answer.